WORDS FROM THE CHAIRMAN, ROBERT BENSON 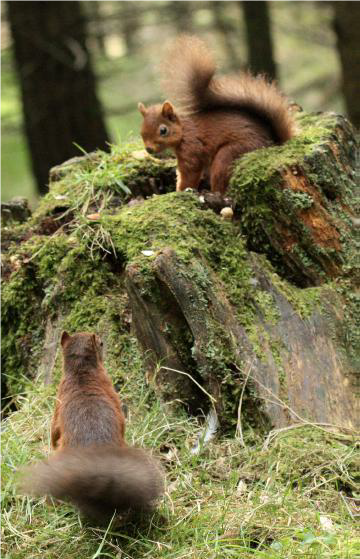 As a small boy, we had red squirrels in our garden near Petersfield in Hampshire in the early 1950s. Sadly they soon disappeared, driven out by the non-indigenous and more powerful greys or so we were told. I moved 300 miles north to Cumbria in 1976 and instantly became reacquainted with red squirrels. My passion was reignited, and I was determined to prevent the same thing from happening here in
Cumbria.
Based on the Lowther Estates, I called together a group of landowners and in due course this became P&DRSG. We now know a lot more about the demise of the red and the virus carried by the invasive greys that has decimated red squirrel populations. I think I can honestly say that without our grey control work, there would not be any red squirrels in this part of Cumbria. We have reversed the flow but sustaining this effort is very difficult.  Read more>>